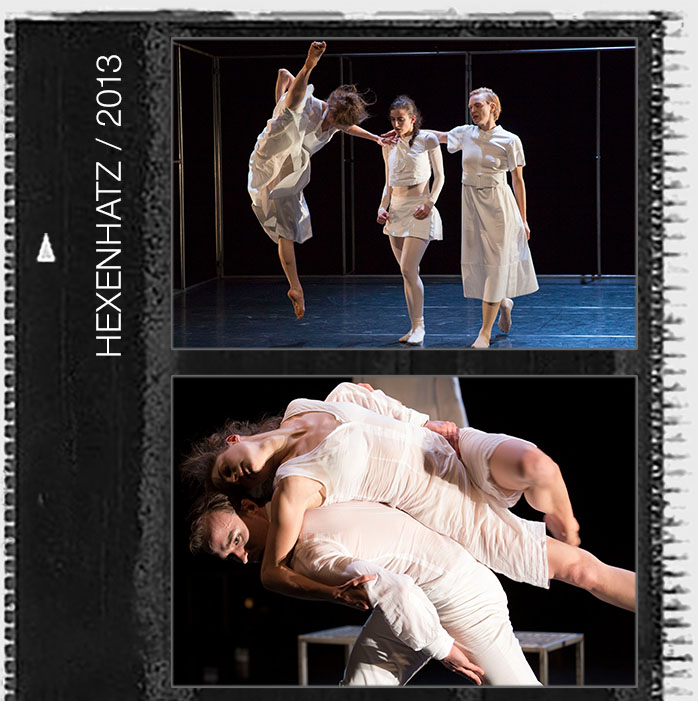 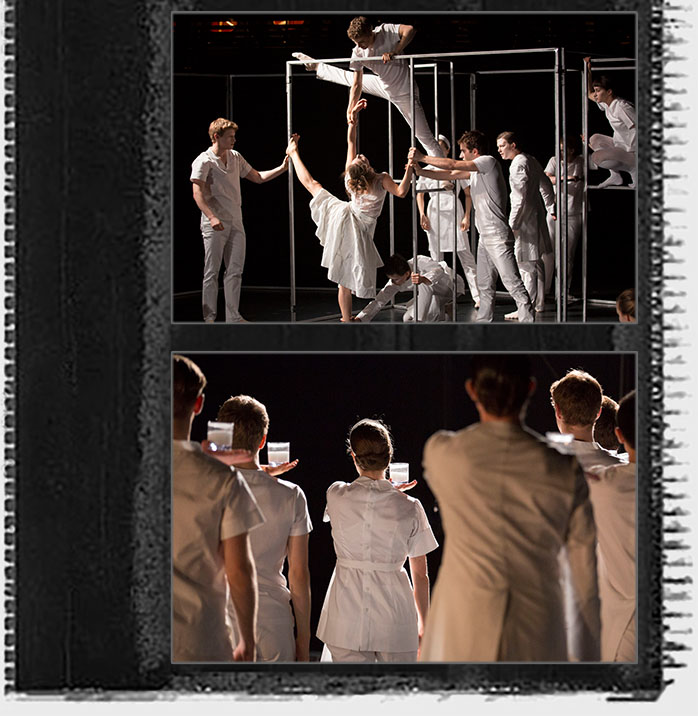 Music: Baroque collage including Vivaldi, Tartini, Albinoni and others.

“…the sustained inventiveness of the project as a whole, and the overwhelming sensual power of the final revelatory pas de deux are truly exhilarating.”
Luke Jennings, The Observer, 26.05.13

“…it’s rich with intelligent ideas, as Marston shows us the physical manifestations of mental trauma and the ever-circling replay of tormenting memories. She’s a clever choreographer, with a talent for contemporary narrative work — something not many people make. Let’s hope we see more of her in the next chapter of her career.”
Evening Standard. 23.5.13

“…moments of harrowing impact, including one of the most successfully choreographed, physically plausible, dance-sex sequences I have seen…this is a haunting piece, imbued with unnerving, lingering imagery.”
The Stage 23.5.13

“The British choreographer applies herself intelligently to the task at hand, devising both fleet yet earthy group work and drawing out the complexities of the relationships between a few main characters kinetically. Both Clemmie Sveaas (as Göldi) and Paula Alonso (as the child Annamiggeli) are excellent, while a climactic encounter between Sveaas and Franklyn Lee (as her employer) is notable for its steamily tensile strength. (Witch-hunt) is marked by a persuasive integrity.”
The Times, 23.5.13

“The more I think about Cathy Marston’s Witch-Hunt, the more I admire it…the relationship between Göldi and the child’s finally becomes explicit in a blazing pas de deux, one of the most powerful I’ve ever seen in this house, and that somehow makes sense of everything that has led up to it, both dramatically and structurally…In all, an intriguing, rewarding evening in itself, and one that I find myself still thinking about, days later. ”
Dancetabs, 25.5.13